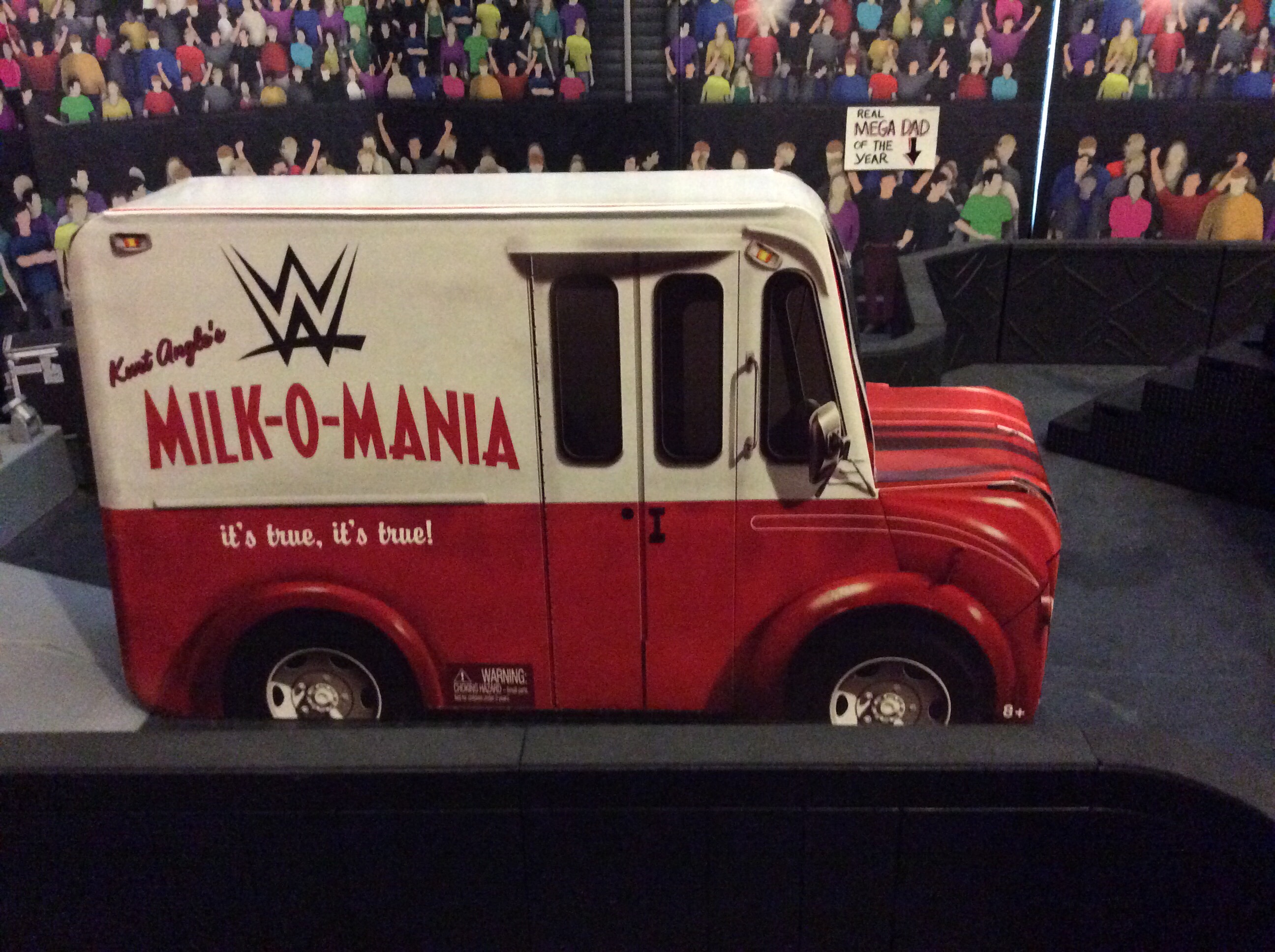 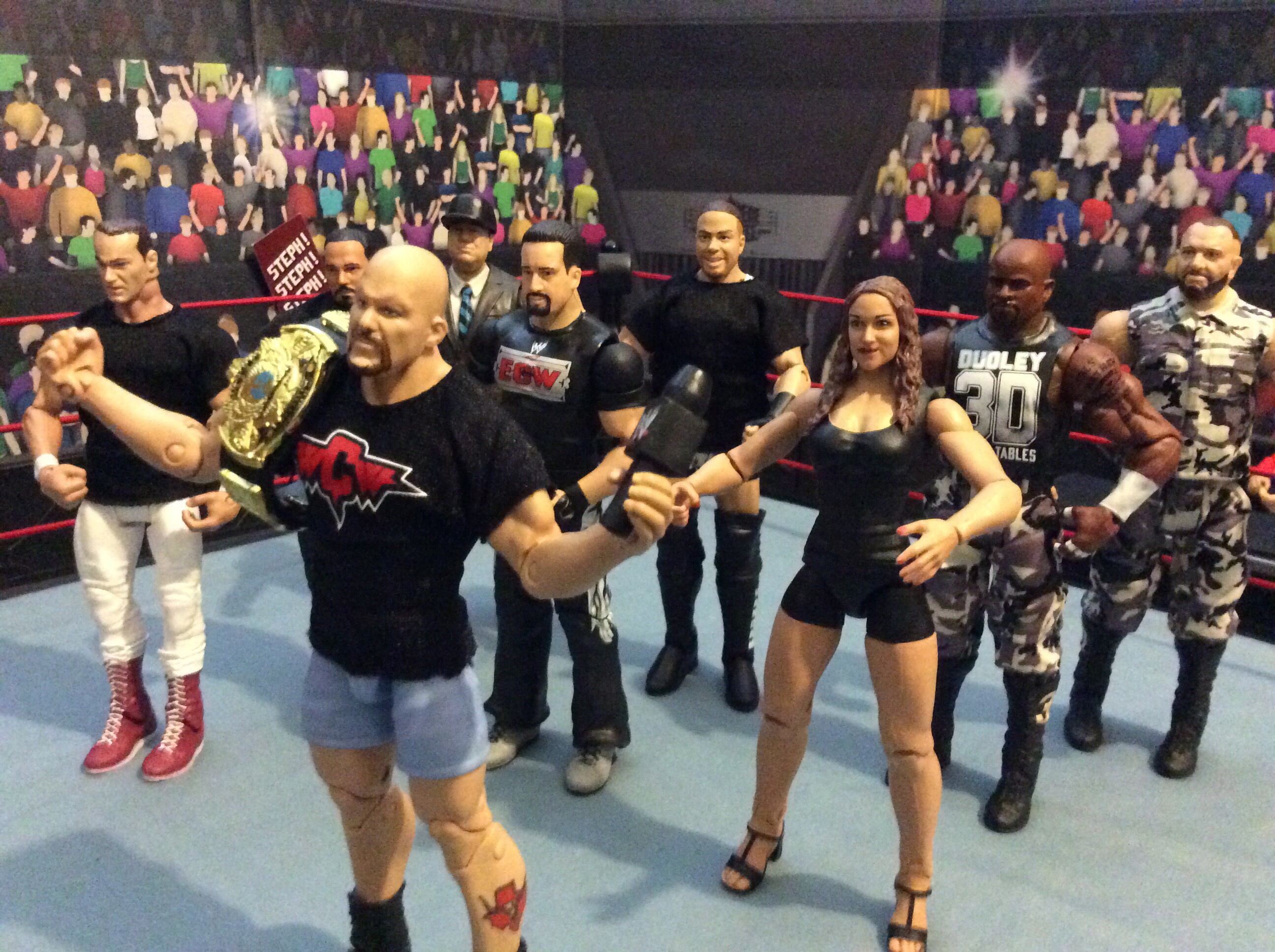 My ECW collection (minus Rhyno). A few customs here, too. 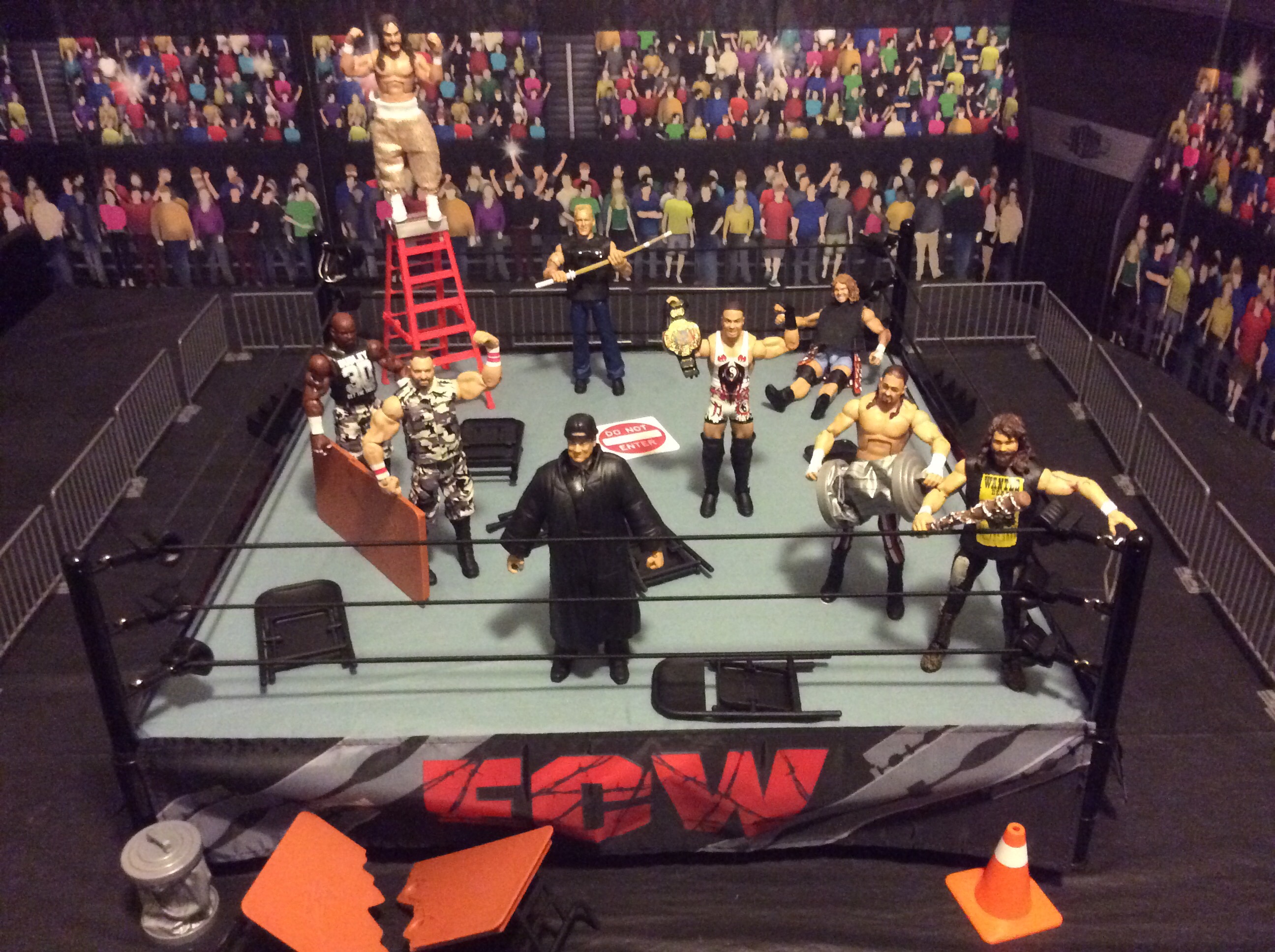 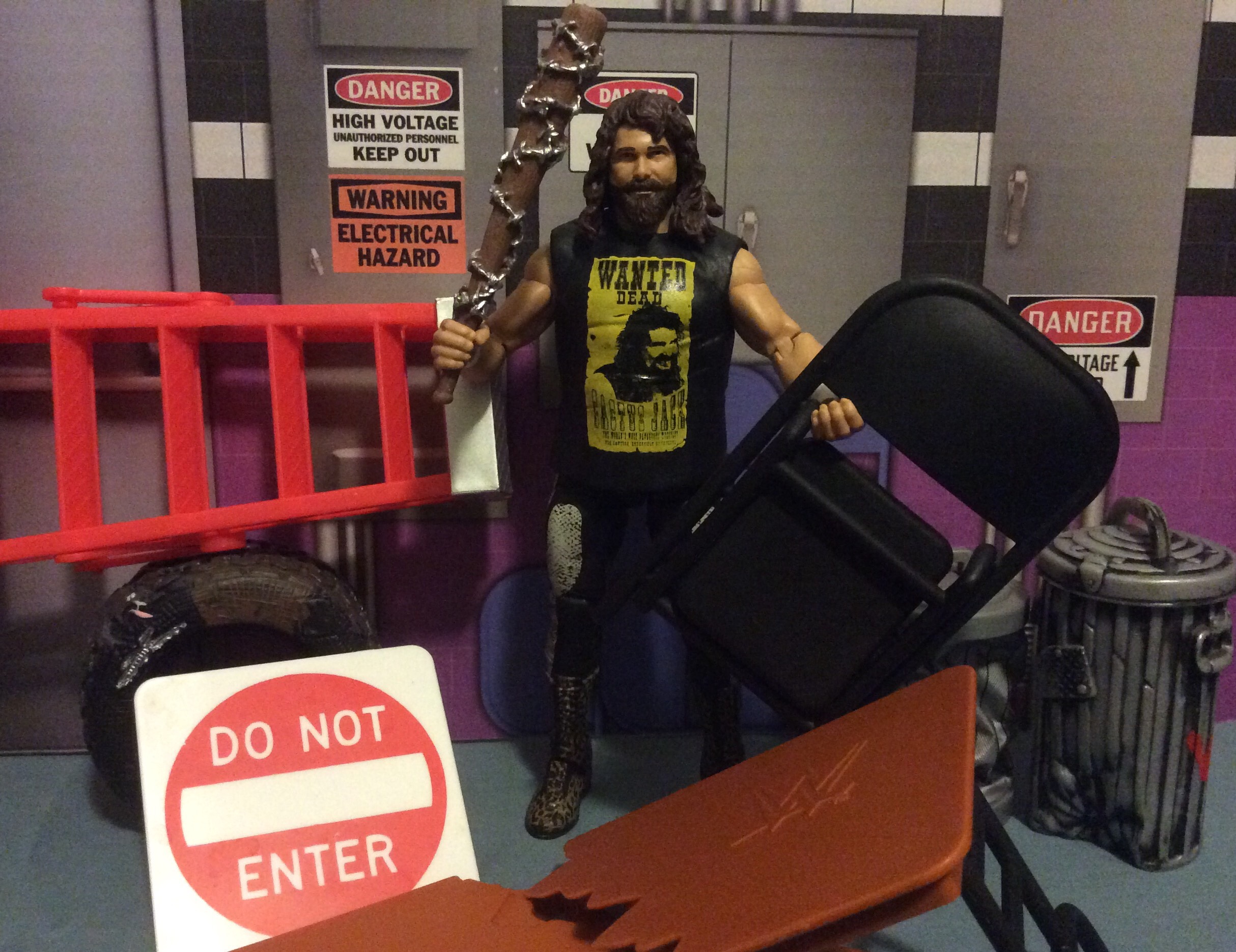 I started off intending to set up my entire figure collection, but I eventually realized I did not have enough table space or rings. So these are photos of nearly all of my figures prior to the current roster(s). My current roster(s) collection would likely take up another ring and then some. This photo includes several customs and variations of the same person. The first photo is the wide shot – split up by ring into (from left to right): 1) WCW, 2) Old School/New Generation WWF, and 3) Attitude Era WWF/WWE, some ECW and all the way up to right before the current roster(s). Because it is hard to make out all of the figures with that wide shot, I’ve also included closer shots by ring/group below the wider photo. 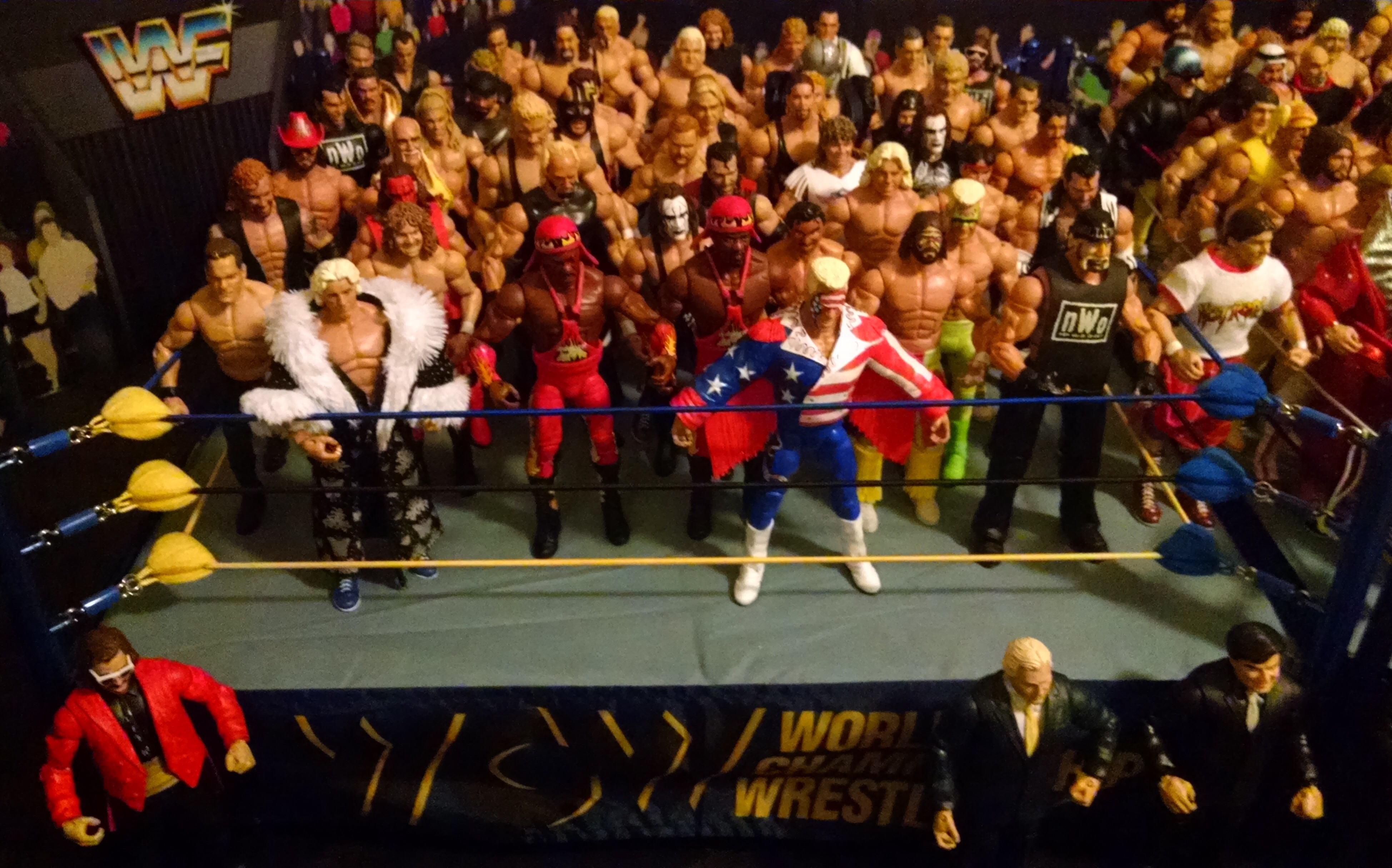 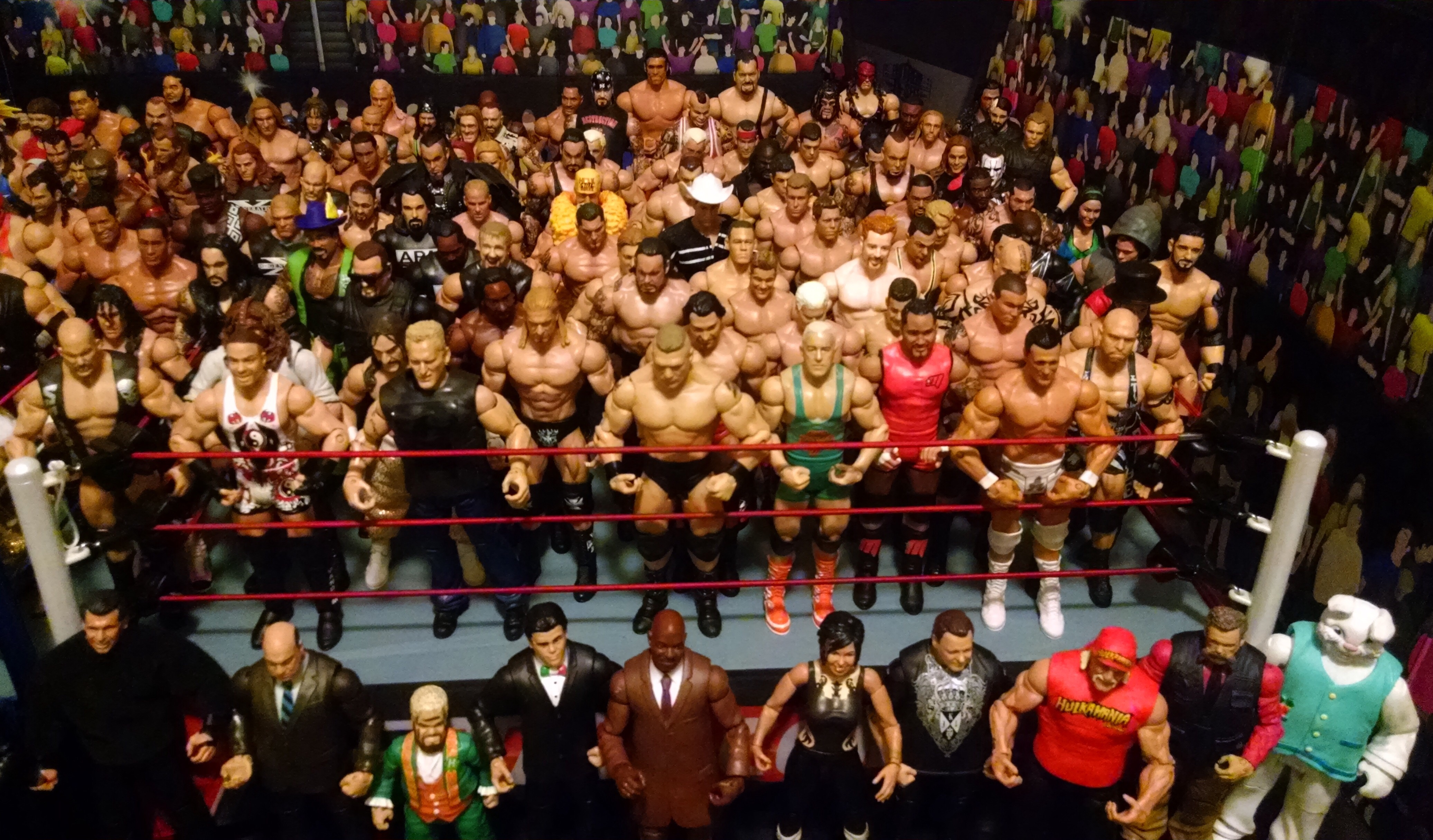